Georg Prager (1904-1960), who ran a small printing office in Berlin, was freed from Sachsenhausen in early December 1938 after three weeks’ imprisonment. For reasons pertaining to visas, the only feasible destinations were South America or Shanghai. Prager’s wife was actually able to get hold of tickets for Shanghai. After hastily selling the printing business, the couple set out for Southeast Asia with their infant son, Lothar, in January 1939.

The family found a small dwelling in the Hongkou district, yet Prager could not work as a printer in the Chinese city. The Pragers struggled through with odd jobs and the sale of household items they had brought with them.

After the end of the war, a cousin who had emigrated to Melbourne was able to acquire entry papers for the Pragers to come to Australia. In 1946, after eight years in Shanghai, the Pragers resettled to Melbourne. As a worker in a Jewish printing plant, Georg Prager was able to return to modest prosperity. He died at the early age of 56 in January 1960.

The Pragers had deep roots in Germany. German was always spoken in the small family; even today, their son Lothar – who, aside from his early infancy, never lived in Germany – still has a Berlin accent. Nevertheless, the Pragers’ expulsion from their German homeland upset them deeply. Margarete Prager (1906-1976) in particular never again wanted to set foot upon German soil. 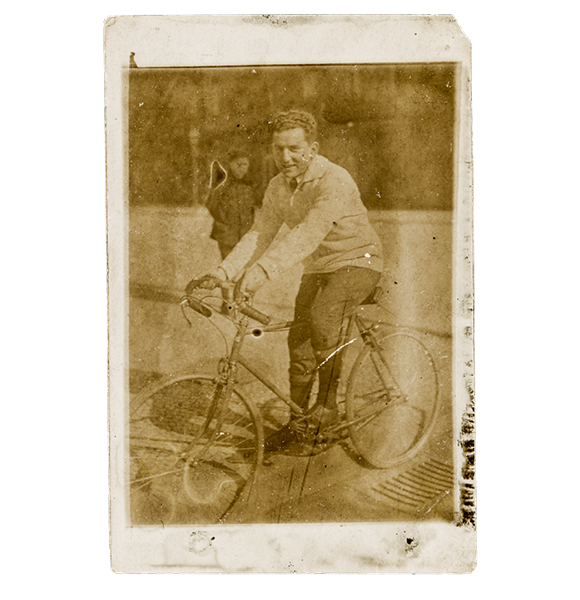 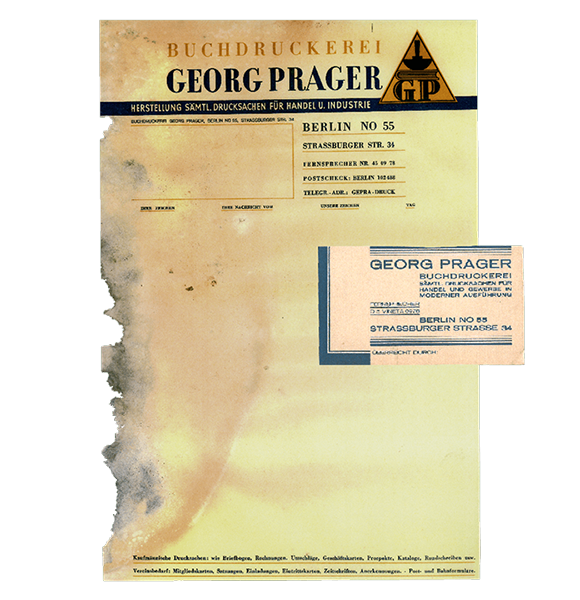 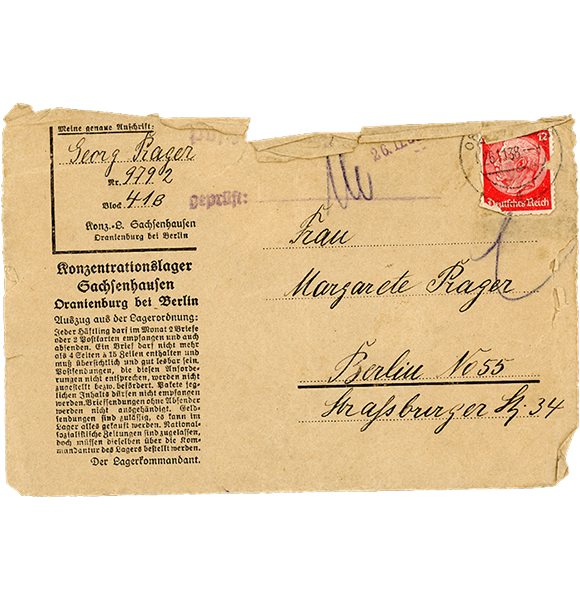 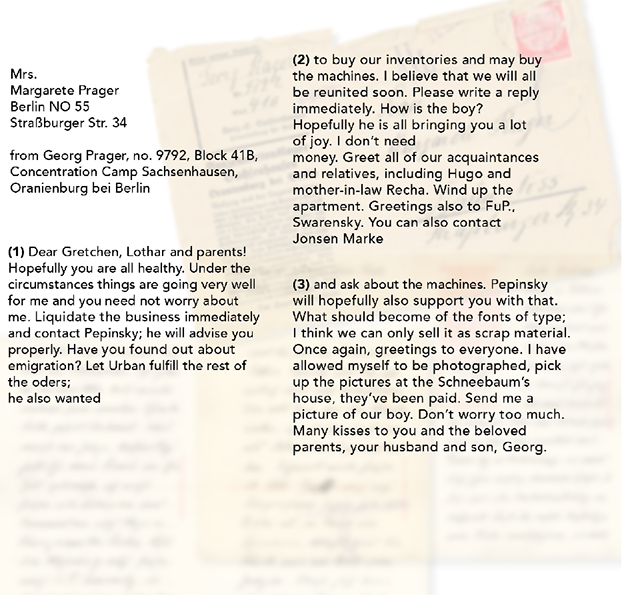 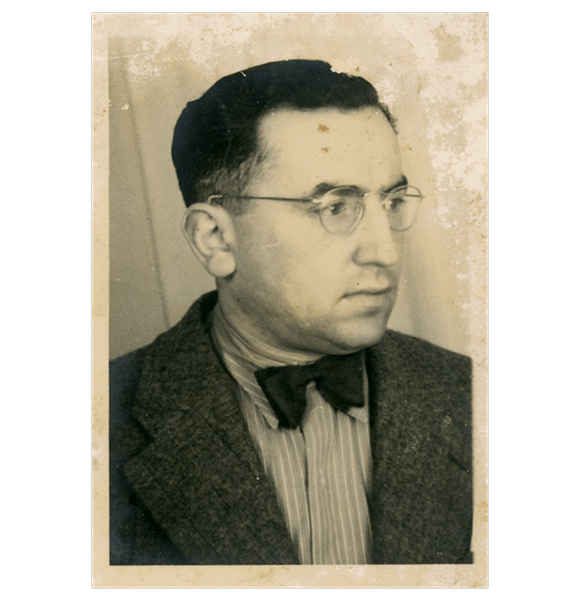 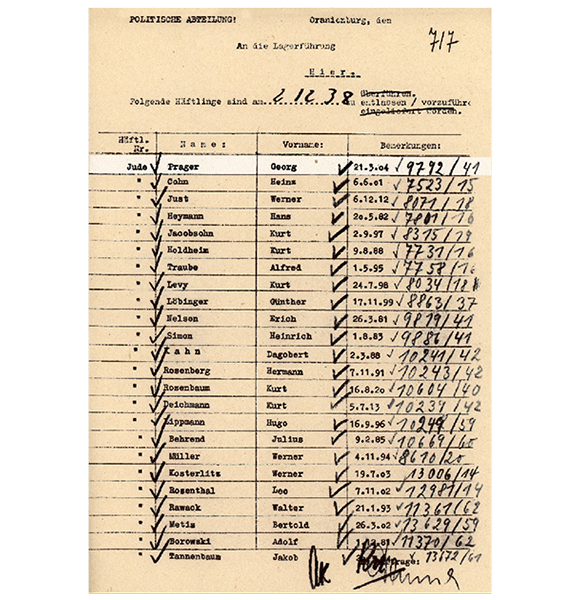 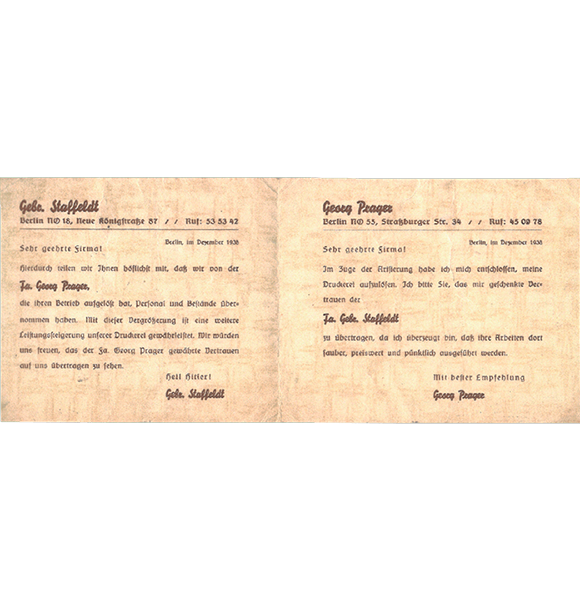 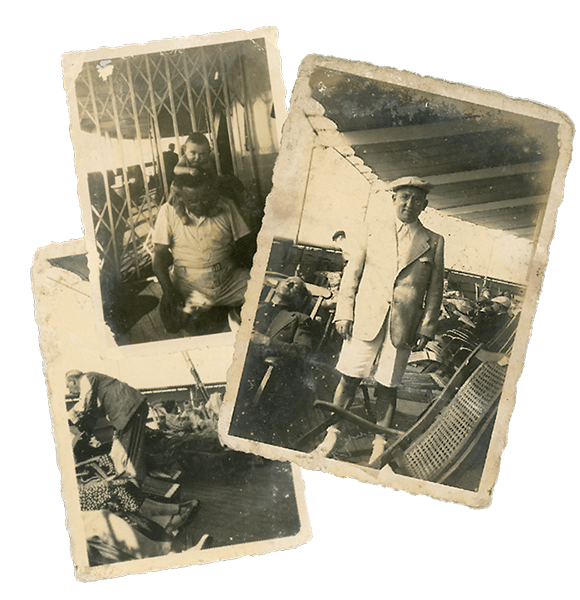 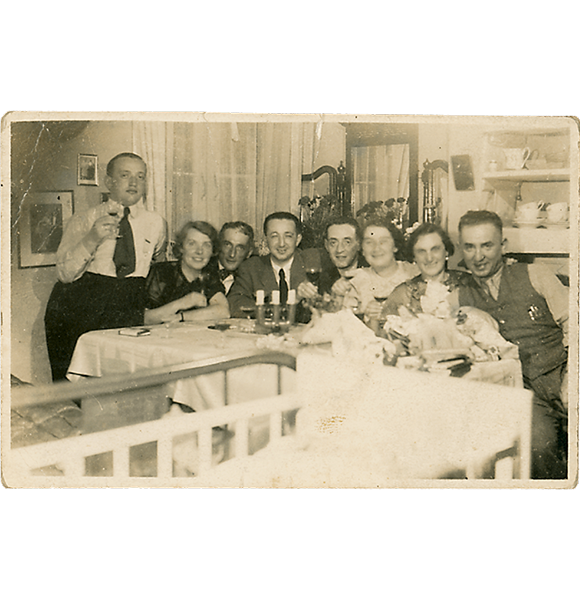 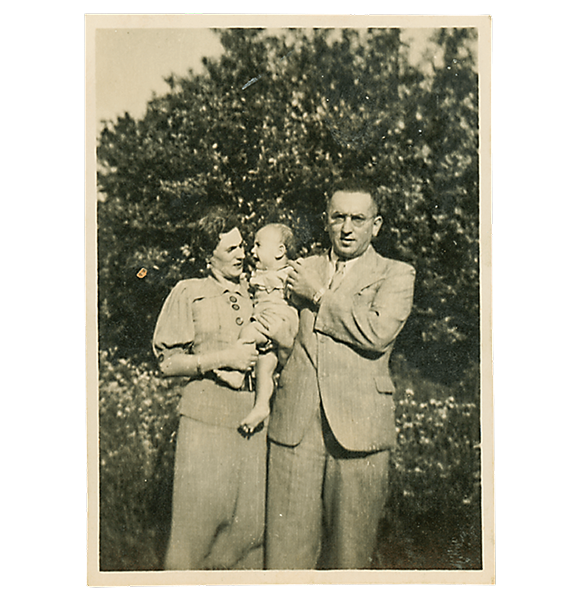 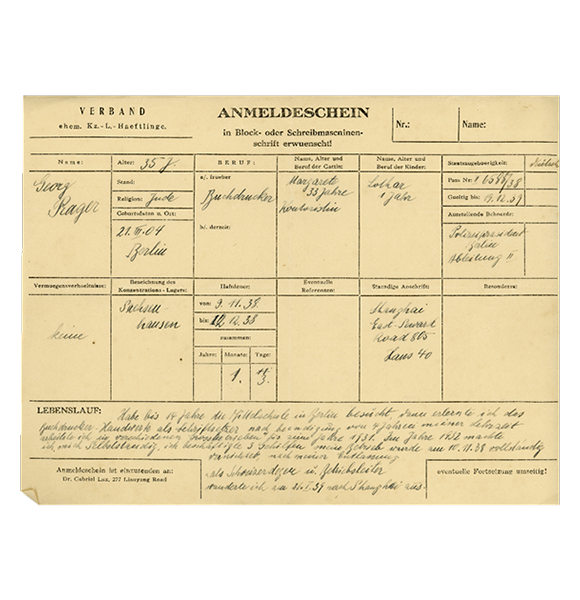 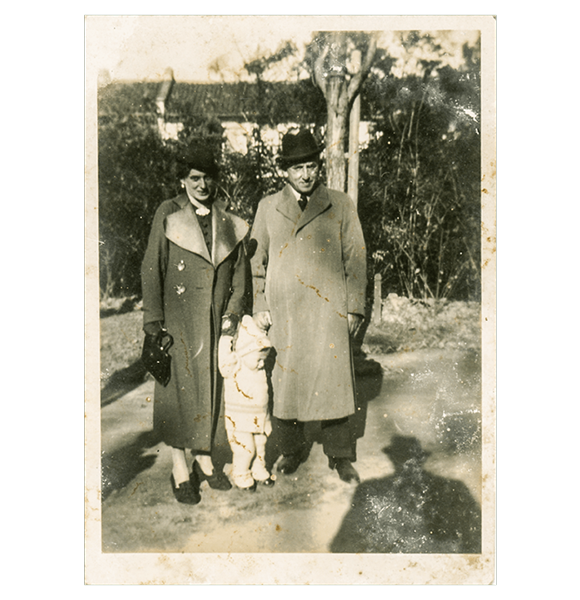 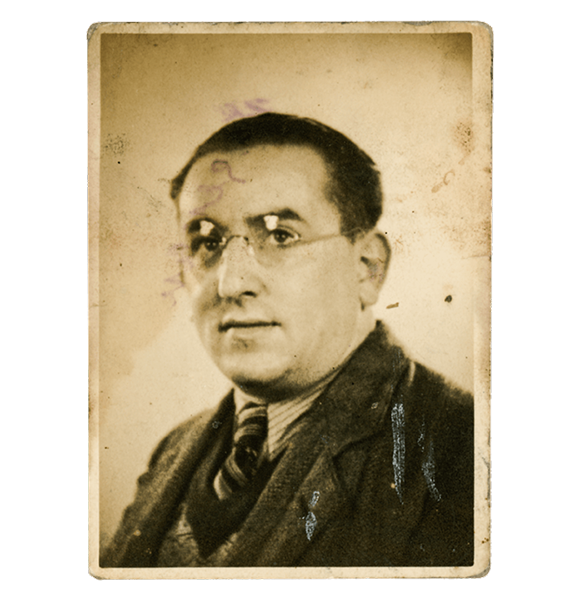 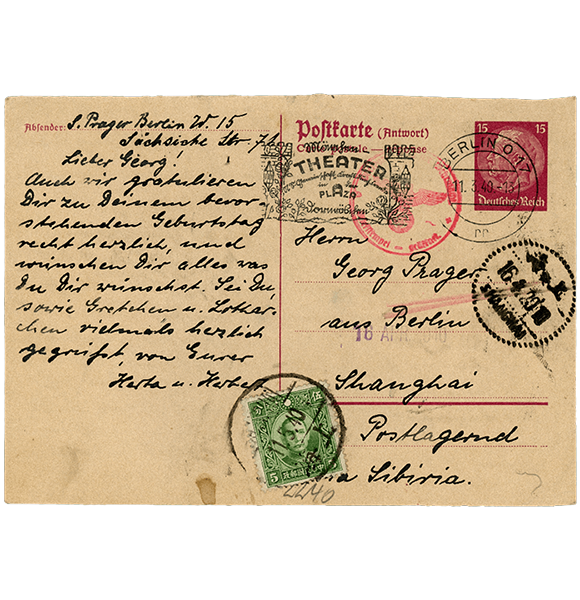 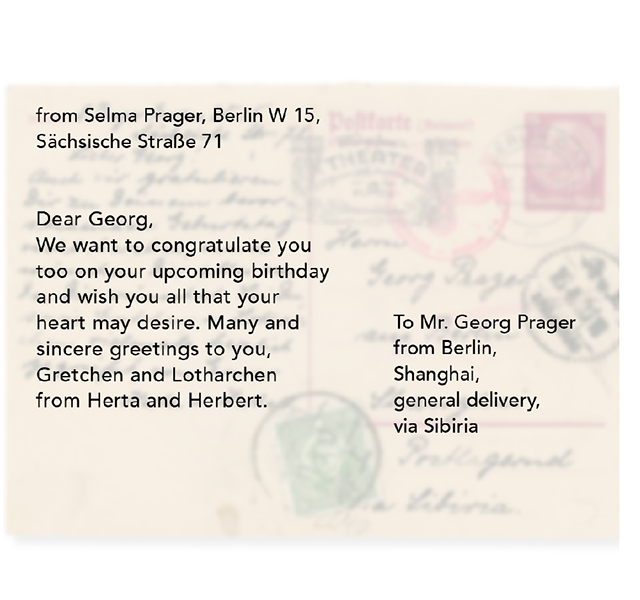 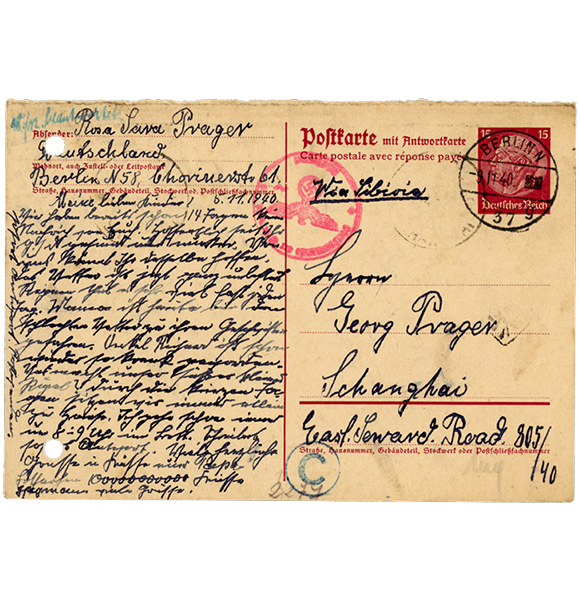 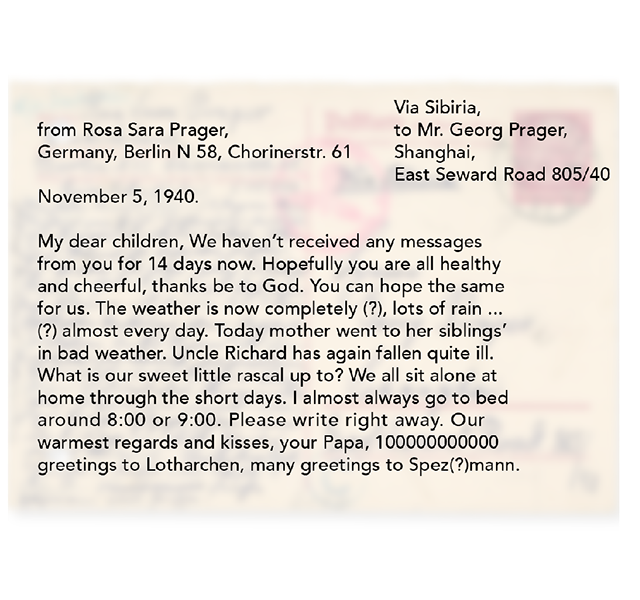 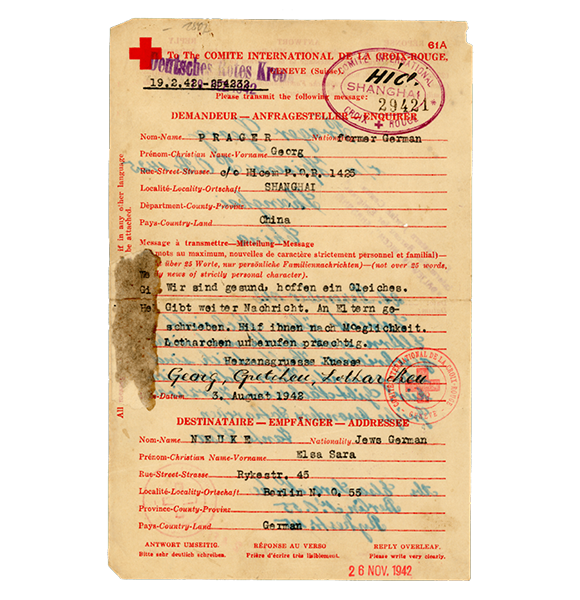 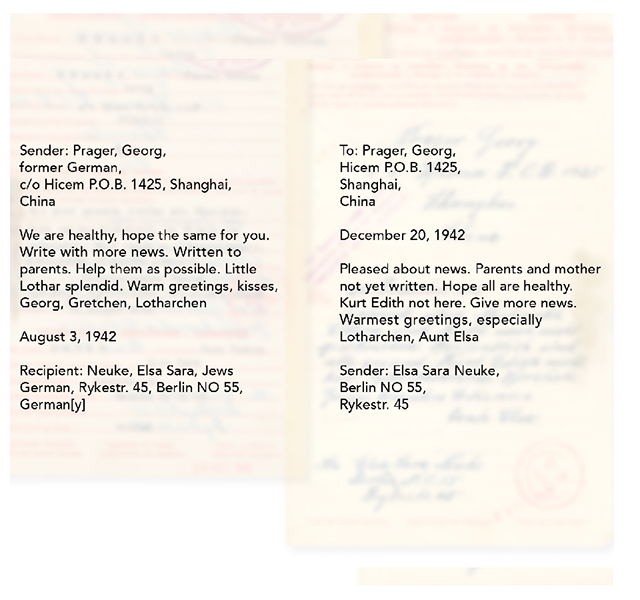 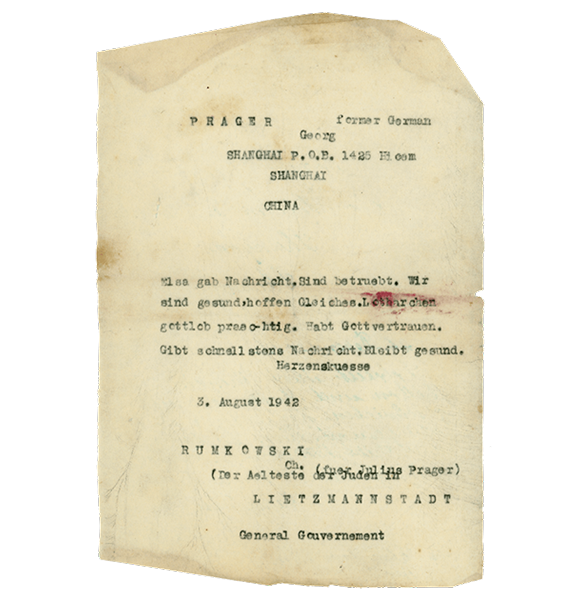 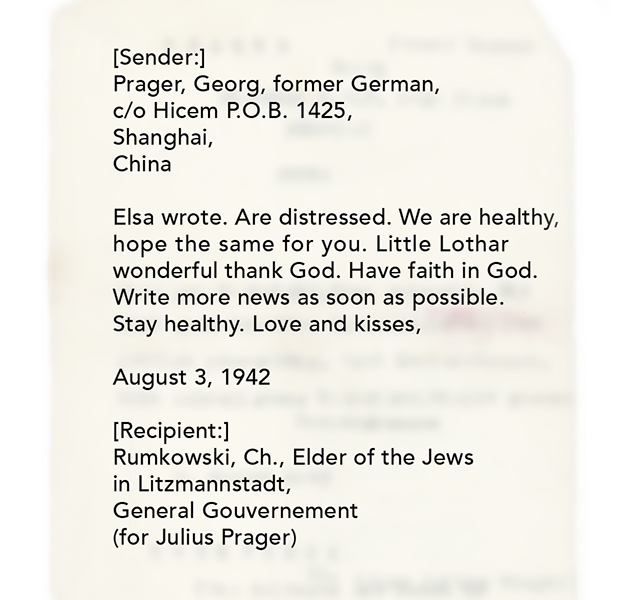 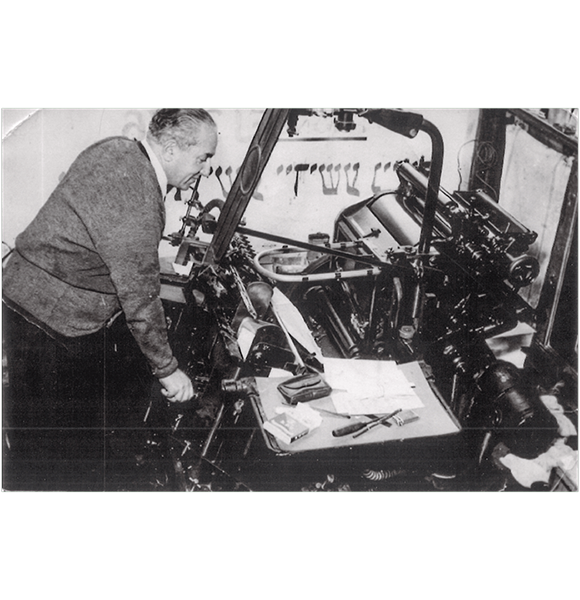 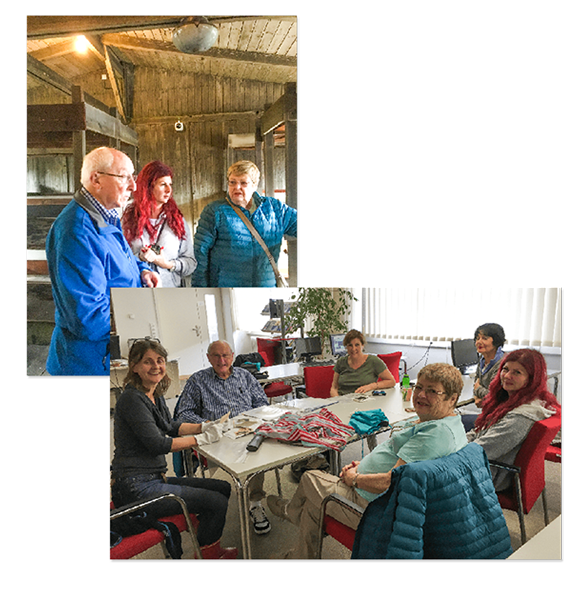 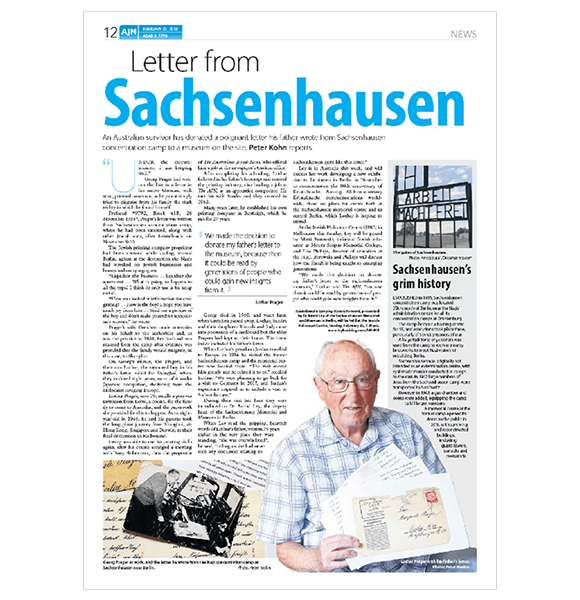 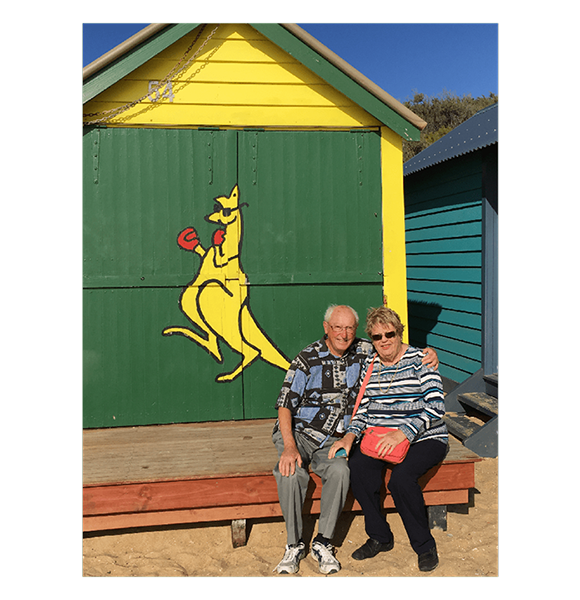