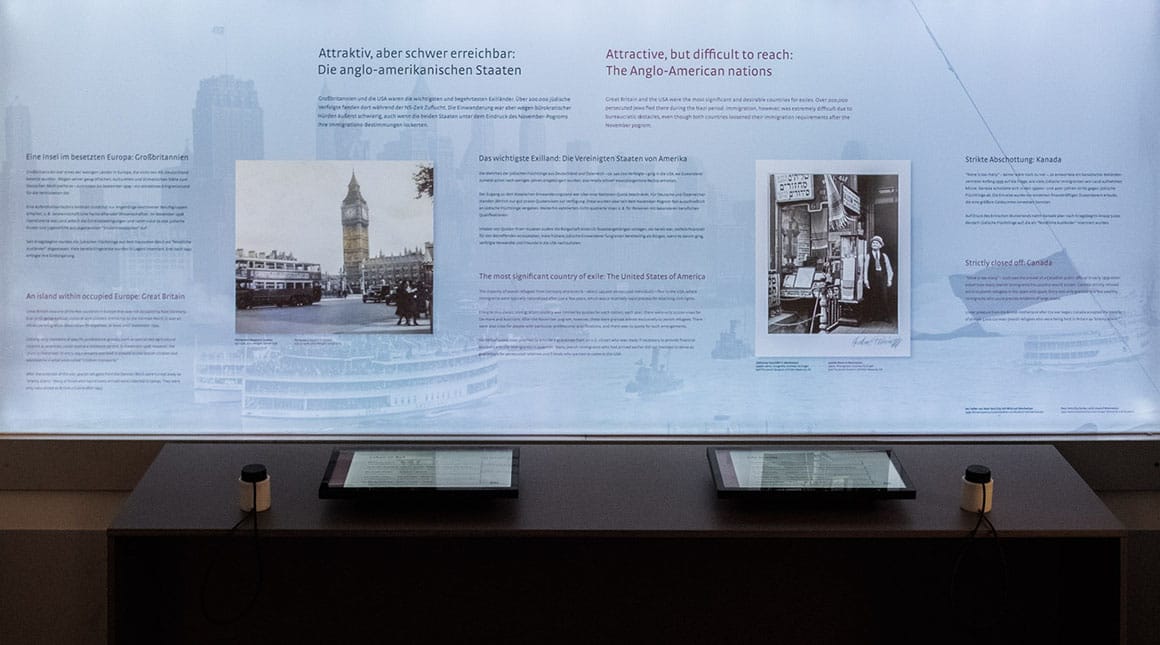 On November 8, 2018, the evening before the 80th anniversary of the Pogrom Night of 1938, the vernissage of the exhibition took place at the Abgeordnetenhaus Berlin, the parliament of the State of berlin. Professor Alexander de Beer spoke at the opening. He is the son of the November Pogrom prisoner Walter de Beer who found refuge in Palestine in 1939. 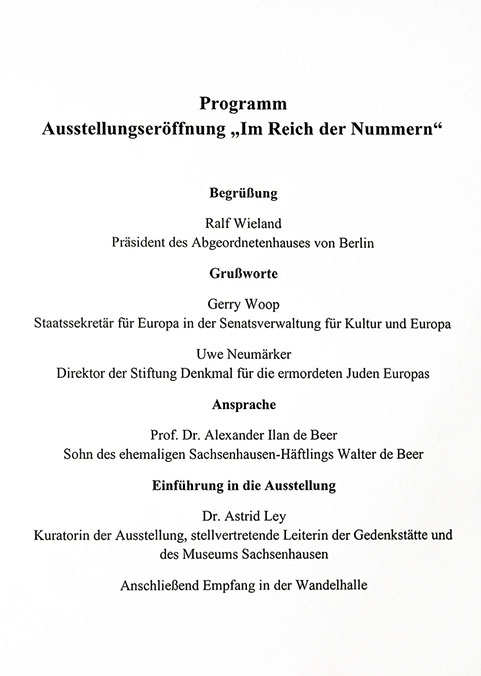 Impressions of the opening event in Berlin

Also on November 8, 2018, the opening at the Holocaust Museum Houston, Texas (USA), took place. Jason W. Levy gave remarks at the opening reception. Levy is the grandson of Julius Nathan, a November Pogrom prisoner of Sachsenhausen who emigrated to the US. 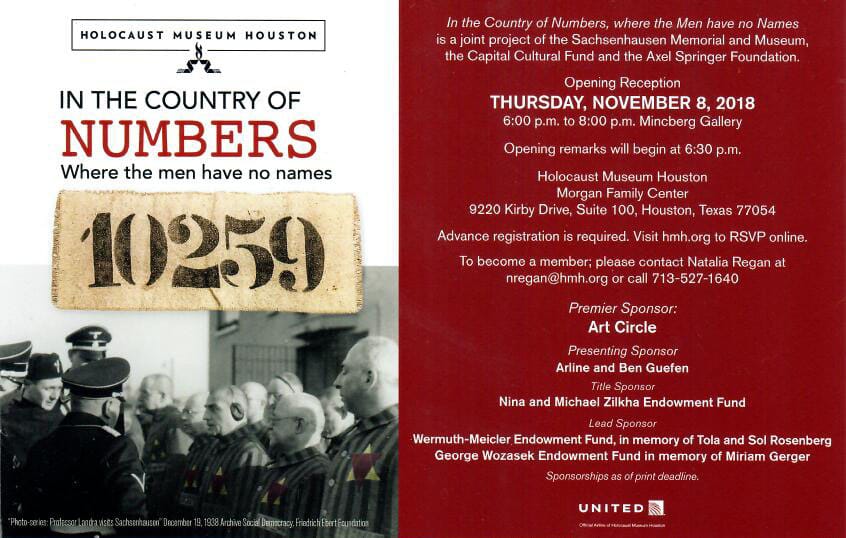